The highlighted video tells the story of three places and what happened to those who ventured into them.

In Feb of 2015, Daylenn Pua was visiting his grandmother in Waianae, Hawaii from the Big Island (officially named Hawaii) when he expressed an interest in hiking along an expansive, ascending stairway called the Haiku Stairs (or otherwise known as the Stairway to Heaven); a long stairway consisting of 3,222 steps that lead up to the top of a high and treacherous mountain ridge:

Daylenn had told his grandmother that he was going to hike up the Stairway.
Historically, these stairs led to a secret radio tower, built during WWII, but had since been left unmaintained, leaving them to be reclaimed by the elements and go into a state of hazardous disrepair. Add the steep cliffs that line the stairs on either side and an already hazardous situation becomes potentially dangerous/life threatening.
In 1987 the stairs were officially closed off to the public. However, people still venture on them each year at their own risk. One of these visitors was Daylenn.

Despite his grandmother's warning and his reluctant agreement that he wouldn't go to the stairs, Daylenn did so anyway and actually documented his hike up the Stairway on social media. As he went along the way, he'd take photos and post them as he progressed up the stairs. However, at 11am and before he reached the summit, the photos stopped being posted.
When he didn't come home that night, the family became greatly concerned and reached out to authorities who did a lengthy search for Daylenn. However, they couldn't find him and after several days the search was called off. The assumption was that he had fallen off the stairs and disappeared into the surrounding trees. This would be a plausible explanation. However, the mystery took a sudden and sinister turn when someone caught something taken in one of the photos during Daylenn's photo documentary of his hike: 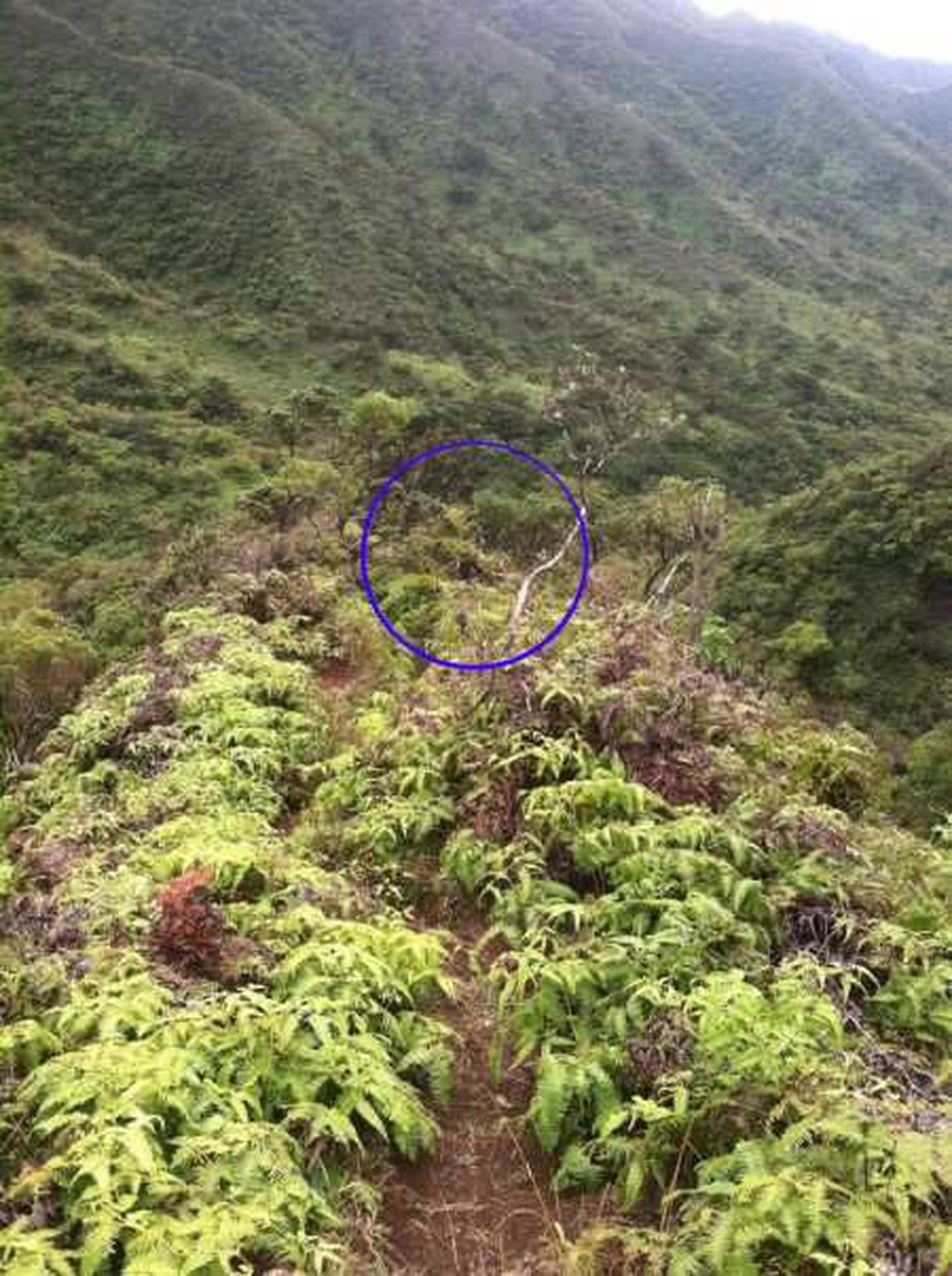 If you look at the circled part of the photo you'll see what appears to be a man slinking in the bushes.
Here's the section closer: 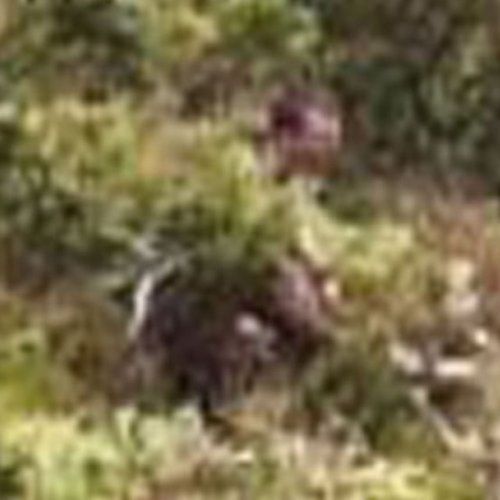 There is the assumption that, in considering this photo, this person had been following Daylenn and that he could have taken or killed him.
To this day, Daylenn has never been found and the identity of this man has yet to be revealed.

While this places isn't necessarily forbidden to visit like the Stairway to Heaven is, it's definitely limiting due to the reasons explained below.

Bouvet island is one of the most isolated island in the South Pacific, the nearest other piece of land being 1,100 miles away. And that piece of land is the continent Antarctica.
Surrounded by tall, jagged ice walls and treacherous waters, getting to Bouvet Island is a feat in and of itself. No ship can safely get there so the only way to travel there is to take the long journey by helicopter.
It's fair to mention that Bouvet Island is also an active volcano.

In 1964 British explorer Allan Crawford was sent out to the island with a team of scientists to inspect the Northwest corner were a recent lava flow had created a shelf that could provide the support for building a weather station.

Curious about the island and wanting to take a quick look before getting to work and leaving, Crawford steps up on a ridge to get a view of it and, when he looks down, he sees a lifeboat sitting in this rocky alcove. 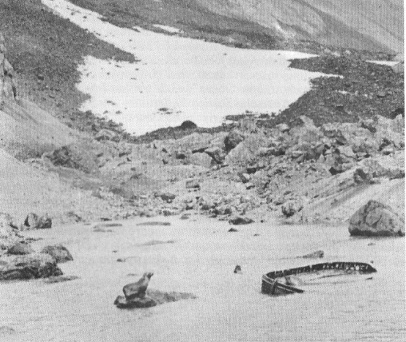 Crawford couldn't believe his sight. How could this boat had gotten there? There was no land for over a thousand miles and the seas would be way too treacherous for such a small boat to successfully make the journey.
He then ventures down to where the boat is resting and finds oars, a barrel, and a copper tank that stores water. When he gets down to the lifeboat he starts inspecting it to see if there's anything that could identify where it came from.

Crawford tells his teammates about his discovery but they dismiss the significance of it; too focused on getting the job done and getting off the island to care. So, right before everyone leaves the island, Crawford takes a photo of he lifeboat and leaves with the rest.

Two years later, another crew was sent to Bouvet Island to surveil the area where the lifeboat was found and the crew would report that they found the lagoon but there was no boat or anything else present. 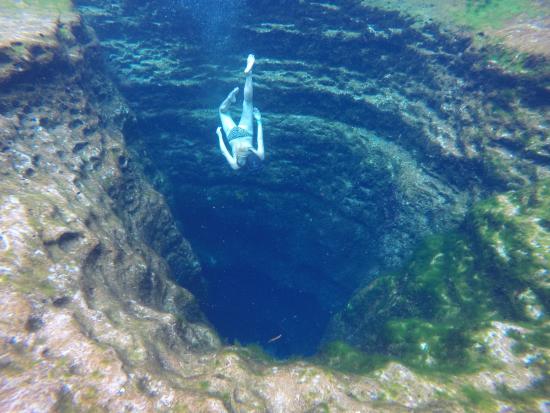 In central Texas there is a stunning natural wonder; a clearwater spring called Jacob's Well.
Every summer when the weather gets really hot, people gather at this location and enjoy swimming in the water.
Jacobs well is not just for recreational swimmers, however. It's also for adventurers who dive down into its depths for a thrill.
At the bottom of this well there is a 10-foot shaft that leads into one of the most fascinating and intricate underwater cave systems in the world.

The cave system is broken down into four chambers, each one darker and tighter than the last. Besides the lack on natural light and the tightening passages, the second chamber has what's called a false chimney; a tunnel that looks like the correct one but leads away from the passage that takes ascending divers up to the first chamber and onwards to the surface.
The third chamber is tighter and darker where no sunlight enters and its walls are caked with sediment that gets kicked up as you maneuver inside this tight chamber. This can cause scuba divers to lose their sense of direction.
The fourth chamber is guarded by a metal grate. Like the third chamber, the fourth chamber is blanketed by darkness and, when a diver moves around, their flippers kick up tons of sediment. No one who has entered the fourth chamber has ever come out.

To enter this fourth chamber, you need to take your scuba tanks off and bring them in separately from your body.

One of the most infamous cases of a death caused by Jacob's Well is that of Richard Madison Patton.
In 1983 Richard and his friend Clark McConnell ventured down into the cave and Richard was the first to enter the fourth chamber. But, before Clark could follow him, Richard came back up in a panic, desperately trying to squeeze his way out of the tight tunnel that led to the chamber. Clark saw that he didn't have his air tanks with him and he was merely holding his breath.
When he was out, Richard and Clark did a buddy breathing system (one holds their breathe and another breathes in oxygen from the remaining air tanks and vise-versa) as they ascended as quickly as they could to the surface.
However, when the two reached the second chamber, they mistakenly took the false chimney passage instead of the correct one. Clark manages to get out of the false chimney and makes it into the surface in time. However, Richard did not.
When rescuers went down to retrieve Richard, they found his body jammed up at the roof of the false chimney.
You can read the news article here.

Writer Louie Bond tells some of the well's story on the visitwimberley site, in a piece called, "The Fatal Allure of Jacob's Well." He describes at least four caves deep in the well, some with openings so narrow that divers have to remove their tanks to get through. Bond also describes the recovery of one of the well's victims in 2000, made by a diver from the San Marcos Area Recovery Team:

"You couldn't tell up from down, left from right," Kathy Misiaszek says. "You couldn't see your gauges. You were scraping the bottom and banging your tanks on the top. You had nothing to fall back on except your training. We were rather relieved to get out."
-From treehugger.com
Quote

I thought the Jacob's Well place was fascinated but scary.
I kind of want to check it out.

Do you know if they have made scuba diving in it illegal cuz of all the deaths?

@ricky
From what I've read, you need to have a special permit from Hays County and I'm not sure what the requirements for getting that is.
However, if you're curious about what's down there, you can check out lots of footage at the JWEP (Jacob's Well Exploration Project) web page:
https://www.jacobswellexplorationproject.org/video.html

ReplyQuote
All forum topics
Next Topic

Please confirm you want to block this member.

You will no longer be able to:

Please note: This action will also remove this member from your connections and send a report to the site admin. Please allow a few minutes for this process to complete.